Saturday 16th and Sunday 17th June sees the seasons second and final two days of competition for the Autocycle Union’s (ACU) National Hill Climb Championship at Gurston Down. The current hill record for a Solo Motorbike is 31.85s held by Ben Watkins. 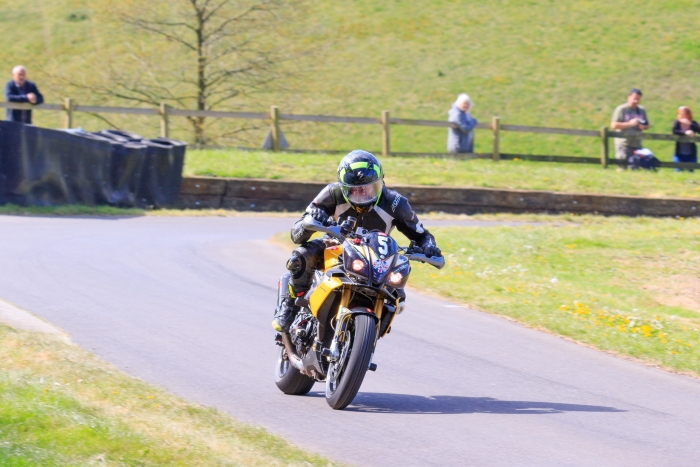 The riders and their machines always produce a fabulous display of skill and spectacular racing. The bikes usually run at the end of the meeting but this weekend they will be one of the first batches to the hill. If you are planning to come and watch, they will start practice around 08:45 and have their first timed run at 13:00 each day. 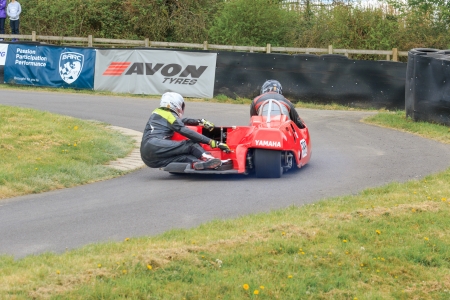 Saturday has just two entries. John Bottomley on his Ducati and Allan Harvey on his Huish Yamaha YZ. Alan Harvey has Gurston form and won the class in April this year so he starts favourite. On Sunday, Allan has the class to himself. 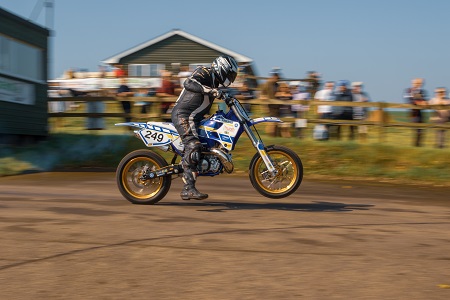 Simon Wilson and his Yamaha, has the class to himself on Saturday. But he has competition on Sunday. Steve Atkins and his Greeves. Simon Wilson won the class at the April meeting so he will be competing against the clock on Saturday and Steve on Sunday. 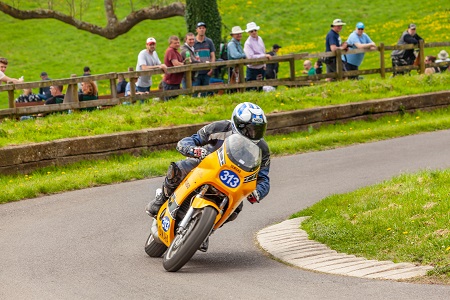 There is a huge entry both days in this class. There’s a whole bunch of very quick and talented riders. Chris Keates on his Honda CRF has stiff competition from Mike Tilley (Honda CR), George Hodges (Team GV Honda CRF) and Callum Short (KTM), just to name a few of the riders. Sunday sees April’s winner Dan Hurley back on his Honda CR. This will be a class settled by hundredths of a second as it was in April. 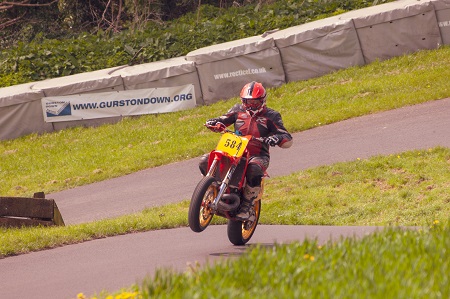 This class brings nine riders to the hill on Saturday and six riders on Sunday. Many of the riders, switching between classes during the weekend. As ever the riders are super competitive. With riders of this calibre it was going to be close. Tommy Hodges on his KTM SMR won in April with Guy Ursell on his KTM, third. Look out for the Tom Short too. Peter Short and Stu Mills will ride on Saturday so it will be a very interesting class both days. 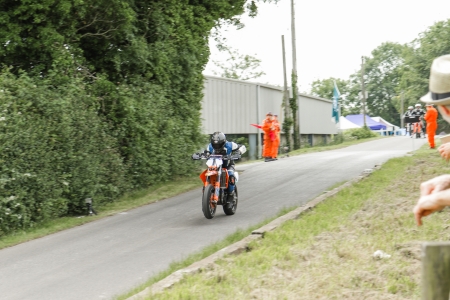 Saturday’s class has just three entries. Allan Jolly (Aprilia TZV) looks a likely winner. But the class changes on Sunday. Sunday sees some of the riders from the up to 750cc class bring their faster and more powerful bikes. April Fastest Time of the Day rider, Stu Mills on his Aprilia Tuono V4 will be looking to repeat his class win and FTD. But he will have a tough job. Allan Jolly and his KTM is always quick. Any of these riders could take this class and they will all be looking for the Fastest Time of the Day and the Top Ten Run-Off places! 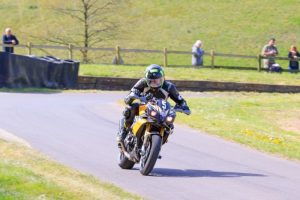 Then it’s the turn of the motorbike and side car combinations! The side cars are a proper spectacle! The pillion (passenger) only stays on by holding on buy their feet and hands, no seat belts or harnesses. The pillion hanging on or sometimes out of the combination!

There are a couple of great videos of the current hill record holders on our Facebook page. However, they aren’t entered for the June meeting. The previous record holders, Patrick and Paul Keates must start favourite but it’s a very competitive class. Will they take back the class record? 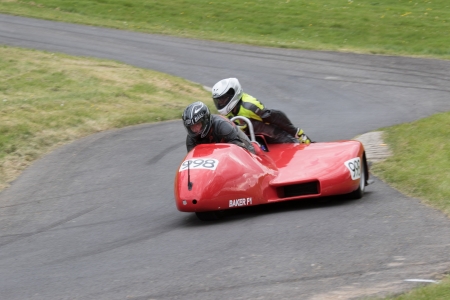 Then at the end of the meeting, if time allows, there bikes will have a Top Ten Run-off. The Ten fastest motorbikes and combinations will compete again to score additional points.

With this variety of motorbikes (and cars) Sunday 22nd will be an action packed day at Gurston Down Speed Hill Climb.