The 2016 season finally gets under way at Gurston Down Speed Hill Climb. On April 16th & 17th there will be two days of exciting and entertaining championship action.

The season’s opening weekend will provide a glorious show of sound, smell, skill and speed. Each day, over 130 cars and drivers will compete in standard road cars, classic and modern cars and amazingly fast sport and single seat racing cars. All of them will pit their wits against the fast and twisty course at Wiltshire’s famous Speed Hill Climb Venue and each other.

On Sunday a contingent of riders and motorbikes will join in the fun too!

Spectators have unrivaled access to the hill, paddock and facilities. We have excellent catering and refreshments on site too.

On Saturday April 16th, Gurston hosts a number of championships. The Association of Central Southern Motor Clubs (ACSMC) holds a round of its hill climb championship, as do the SBD, BARC and the SBD Hillclimb and Sprint Association. There will also be special classes for Westfields, TVRs, an assortment of over 15 Classic Marques Cars and pre-War Austin 7s on top of the usual mix of production-based machines, sports racing cars and single seaters.

On Sunday April 17th, Gurston hosts the first round of its own, popular and well-subscribed Meadens Skoda Gurston Down Hill Climb Championship and the Cavendish Ships Stores BARC SW Top Ten Challenge. All the usual classes, from production cars to single seat racing cars will compete against each other and against the clock. There will also be supporting invitation classes for Volvos, Austin Healeys, Triumph TRs, historic 500cc racing cars and another huge collection of Classic Marques. It should be an outstanding day’s motorsport. This will be the first outing of Gurston Down’s class for standard Mazda MX5s.

The regular mix of four-wheeled competition cars are joined by some of the country’s top riders from the National Hill Climb Association who will be wowing the crowds on (sometimes one…) two and three wheels!

There will be a battle royal for the Fastest Time of the Day (FTD)! Ed Hollier, the 2015 Top Ten Challenge Champion in his beautifully prepared Empire Evo will have some serious competition. Peter D Smith’s Force and Simon and Peter Marsh’s DJ Firehawk will keep Ed on his toes. We shouldn’t forget the SR8 of Chris Cannell and Sue Hayes and the Force LM being driven by Jonathan Gates and Gurston Championship Sponsor, Peter Sexton, which might be in with a chance.

The first meeting of the year gets under way with the invited classes. First up is the ‘SBD Road Legal Cars’ Class, Chris Berrisford is favourite in his very quick Subaru Impreza. Next up are the Pre-War Austin 7’s. The “Road” Class , Alistair Frayling-Cork’s 7 Special could be the quickest there but the ‘Race’ division will be close. If last seasons results are anything to go by, Martin Whittaker and Paul Geering will be fighting it out.

The ACSMC ‘Road Legal’ Class is wide open. The TVR class looks like it’ll be go down to the wire, last season the top four drivers were only 1.2s apart with Jes Firth (5.0 Griffith) taking the win. It’ll be an interesting day for the TVRs! The Westfield Class always produces some fantastic action and it’s too difficult to call this year.

The SBD HSA Speed Championship – Sports and Saloons brings a very wide range of cars to the hill, Justin Andrews is the favourite. The Sport Racing and Racing Class has only one entrant, Peter Goulding in a Mygale FF.

Sunday’s invitation Classes, the Volvos start the day’s action. The TR’s are next up and based last years April form, Roderick Warner (3.5 TR7 V8) will start as class favourite, from Nick Smith (2.6 TR6) and Dale Huxford (1.3 Spitfire Mk 4). But what does the form book mean?

The ‘Big Healey’ Class should see Richard Mason (3.0 3000 Mk 2) take the honours. The Austin Healey Sprite Class will probably be taken by Julian Wakeham but the rest will be aiming to make it thier own!

The huge ‘Classic Marques Speed Championship’ Class on both days has attracted entries from all over the country, in a variety of cars. It’ll be well worth watching.

Gusrton Down’s New Mazda MX5 Class will be interesting. The cars have to be almost standard, check the regulations in the Driver / Officals section for more details, so we are expecting some very close times. Mark Crookall has the experience and hill knowledge so should end up to top, in his beautiful Mk1 RS .

The Road Going Series Production Class up to 2000cc brings the Greenen brothers, Andy and Adam back in the “new” 2.0 Honda Civic Type R. Paul Webster, Gurston’s competition secretary (Mazda MX5) will have to be on top form to catch them. But there might be a few surprises too.

The over 2000cc Road Going Series Production Class, is far too difficult to call. Simon Neve’s (Mitsubishi Evo 2.3t) and the 2015 Meadens Skoda Gurston Down Champion, Stephen Moore in his 2.0t Mitsubishi Evo 6 will be close. Sean Fudge has a re-worked Subaru which might just be a surprise!

The Road Going Specialist Production Class always brings fast cars to the hill. Clive Skipper in his 2.0 Caterham HPC, Adrian Lewis in his 1.4 Westfield Megabusa, and Andrew Forsyth in his 1.3 Westfield Megabusa, should all be in the hunt for the spoils. You can’t rule anyone else out!

The Modified Limited Production Marque Sports Cars up to 2000cc Class pits Dee Stapley’s MGF against Graham Beale’s Ginetta G20 which should have the class win.

The over 2000cc Modified Limited Production Marque Sports Car Class sees Simon Purcell in his familiar and rapid Lotus Exige! Up against him is the spectacular Bob Mortimer (Porsche 911), Paul Slade (Jagaur E Type), and the Datsun 240Z of Steph Colvin and Hannah Stapley.

The up to 1400cc Modified Series Production Class is complemented with classic Minis as usual. Jim White, the class record holder, in his highly developed 1.4 Mini Clubman will be starting as favourite but he’s not certain to take the win. Derek Mullis fields his rapid 1.4 Mini Cooper ‘S’ variants so this should make an interesting battle.

Richard Wood runs in his Yamaha Mini both days in the Modified Series Mini Class.

The over 2000cc Modified Series Production Class, Saturday’s entries see the TurboTechnics founder Geoffrey Kershaw in his 3.0t Sierra and Mike Butler in his BMW M3 and the Aston Martin Vantage of Tim Painter and Andrew Fraser. But Sunday, the 2015 Meadens Skoda Gurston Down Champion, Stephen Moore is entered in his 2.0t Mitsubishi Evo 6 and Brendon Jones in his supercharged Escort RS2000. Mark Walker in his 3.4 Porsche Cayman S runs both days.

Mike Rudge will have his work cut out in the over 2000cc Modified Specialist Production Class with a field of five cars on Saturday and four on Sunday.

The Historically Interesting Class always brings out some lovely machinery, this weekend is no exception. Mike Broome’s 1.6 Alexis Mk 17 F3, Hugh Kemp in his 1.6 Palliser WDF3 and Fyrth Crosse’s Ensign LNF3 should make this class a tough one to win..

Derek Harris in his Mallock17b is the only entry in the Hill Climb Super Sports Class.

The up to 2000cc Sports Libre Class is likely to be headed up by Jonathan Gates / Peter Sexton in the supercharged Force LM. Although Sunday sees Clive Wooster in a Radical SR4. Another class that will go down to the wire!

The over 2000cc Class sees Chris Cannell and Sue Hayes in the Force SR8 up against the WEV HCS of Keith Diggle. My money would be on Chris Cannell but that WEV HCS is quick!

David Cuff goes in the up to 600cc Racing Car Class in his Jedi Mk4.

The 601 to 1100cc Racing Car Class has a good entry both days. James Moore and Tony Levitt’s Empires should be the front runners both days.

The Formula Ford Class sees Mark Alley in his first competitive FF event. With similar cars, this class will be decided on the day.

The 1100cc to 1600cc Racing Car Class puts Ed Hollier (Empire Evo) up against Peter D Smith (Force). On previous form, Ed Hollier is most likely to come out on top. But they both are contenders for Fastest Time of the Day.

The 1601cc to 2000cc Racing Car Forced Induction Class has the brothers Peter and Simon Marsh going head to head is their DJ Firehawk. They will also be contenders for Fastest Time of the Day…

Sunday brings the NHCA (Motorbikes) to Gurston Down. If you’ve ever driven Gurston Down in a car, you’ll be blown away by the motorbikes! 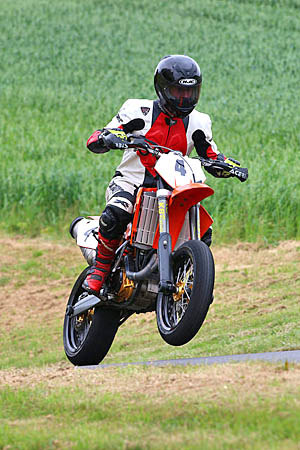 There are seven riders in the 351cc to 500cc Class. Tommy Hodges is probably the favourite but the other six riders won’t make it easy.

The 501cc to 750cc Class will be an interesting one. Any of the six riders could claim the spoils.

There are eight riders in the 751cc to 1300cc Class. We can expect some quick times in this class. The hill record stands at 31.85s for solo motorbikes!

The Sidecar Class will be fantastic to watch. The two combinations entered should be great to watch. The Baker 1000cc of Patrick and Paul Keates will have their work cut-out as we are sure Kevin and Sara Dewell won’t let them have an easy ride!

WITH THIS VARIETY OF CARS AND MOTORBIKES, APRIL 16TH AND 17TH WILL BE AN ACTION PACKED WEEKEND AT GURSTON DOWN SPEED HILL CLIMB.
DON’T MISS IT!
Key info