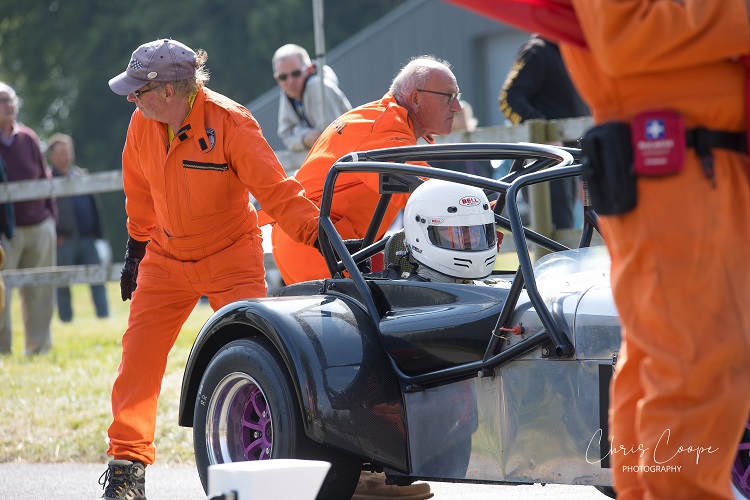 In many of the previous years, the class championships had already been won by the July meetings but 2021 was different. The double points at the Sunday, August meetings changed many of the class results and positions significantly.

Details of the overall championship can be found in another News article. There was a three-way tie and the winner was decided by the tie-break rules.

We would also like to thank all of the class sponsors for their support during 2021.

Here are the Official Class Results for the Turbo Dynamics Gurston Down Speed Hill Climb Championship:

The MX5 Class has had an interesting season, with new drivers coming to the hill for the first time and some more established runners having to work for their results.

Mark Crookall, the reigning champion in this class had led this class for the entire season in the car he shares with Chris Burch. Unfortunately, Mark wasn’t available to make the August meetings and this left Chris with a chance of taking the championship for the year. But it wasn’t going to be easy, Dean Dickens and Charlie Gaylard made him work really hard for the four August wins. These wins saw Chris and Dean jump above Mark, with Chris ultimately taking the championship. 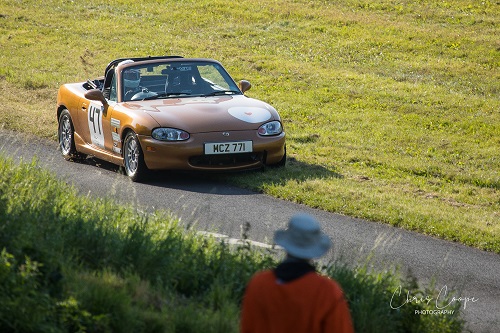 This class has had an interesting year. The number of drivers/cars has grown substantially in the 2021 season with new some of them pushing the more established drivers very hard. Steve Holley and Andrew Thorpe shared Ford Fiesta might have challenged for one of the top three places had the car not had mechanical issues that meant they could not run in August. Piers, who finished third, has made significant progress during the season and finishes third.

David Nutland in the Austin Mini won the class after some sterling performances and finished third in the overall championship. John Davey in the Midget, made David work hard all season. This is going to be a great class to watch next season. 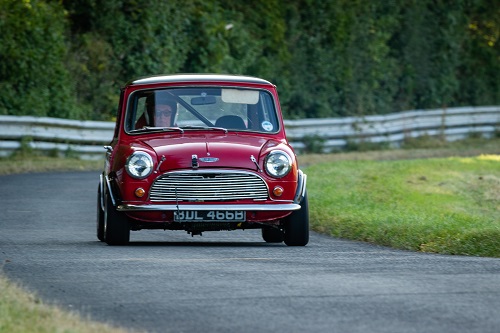 This class has been another very competitive class in 2021. Dean Cubitt in his MX5 took control at the first meetings in June with Russell Davies in the Honda Civic pushing very hard. July saw the return of Tim Forster in the Lotus Elan who ruffled Dean’s feathers during one of the runs in the July meetings suggesting there are good things to come from that driver/car combination. At the August meetings, Tim and Russell were really pushing Dean but his great run in the final timed run of the year secured his class win. 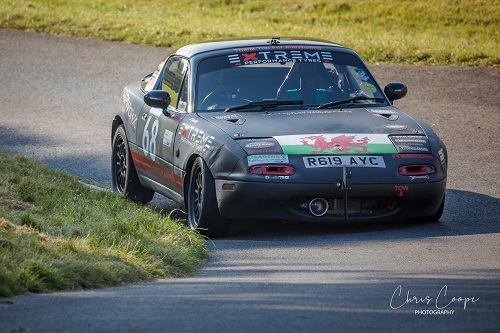 Simon Neve in his Mitsubishi Evo showed his intention to take this class at the very first event. He won every event he entered and was pipped to the overall championship by the tie-break rules, a great performance by him. Steve Cox and Richard Mullis were very consistent in their performances, finishing second and third respectively in all of the timed runs. 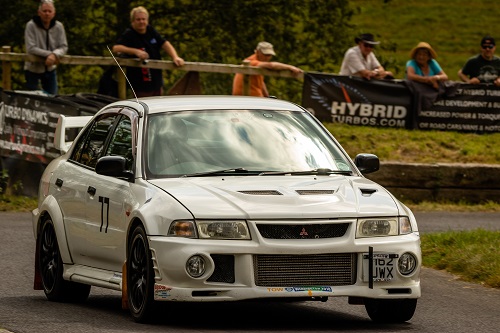 In an interesting class in 2021, Clive Skipper in his Caterham had a great season. Chris Burridge pushed very hard for most of the season, taking points away from Clive a couple of times. 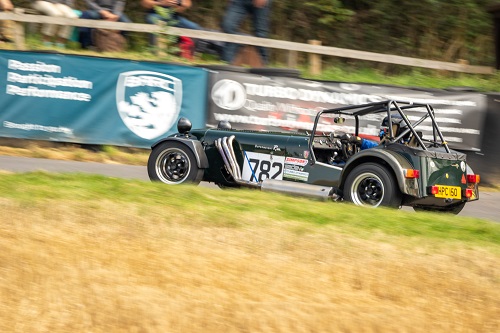 The early part of the season suggested that this class might be Graham Beale’s until issues at the July meetings meant he had to withdraw the Ginetta G33. This left an opening for the Porsche 911 of Phil Price to take three additional points. Those points ended up being the deciding factor for the class championship. Graham and Phil swapped places at both of the August meetings meaning Phil taking the class championship. 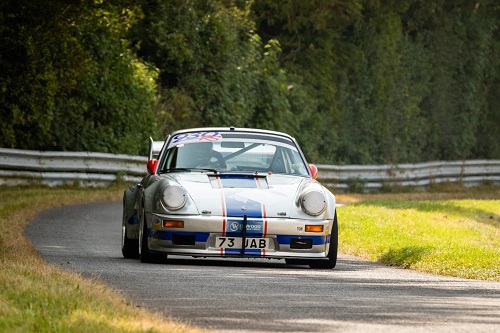 Neil Turner, in the Mini, dominated class, in 2021, despite off at Harewood that put him out of the August events. Neil also won the Tony Marsh Memorial Award at the July meeting. He was the closest to a class record at that meetings. Interestingly, no championship class records were broken in 2021. 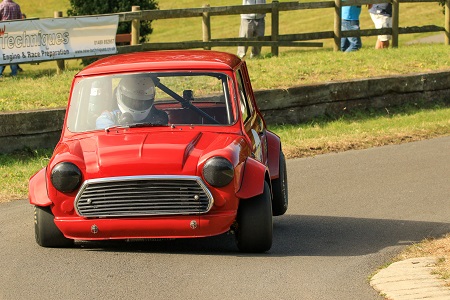 This was one of those classes that could have gone to any of the competitors and the tie break rules decided the outcome. Tim Painter in the Aston Martin Vantage and Mark Walker in his Porsche Cayman has had a proper scrap on their hands all season. Jim Herbert adding to the mix with a couple of wins. Sadly, Mark, had a few offs at Hollow, damaging his front splitter and ultimately leading to second place in the class. 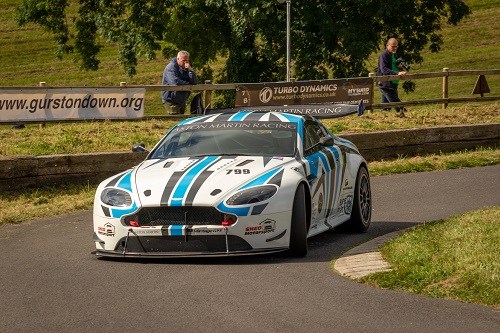 Richie Gatt and Martin Watson had some great battles in the early part of the season. Martin’s off just over the finish line on the August Sunday cost him the class win and second place in the class. Richie’s solid points-scoring paying off in the end. Steve Holland’s car issues were finally sorted and he returned in August amassing a great points tally and finished second in the Sunday Top Ten Challenge. Look out for Steve next season. 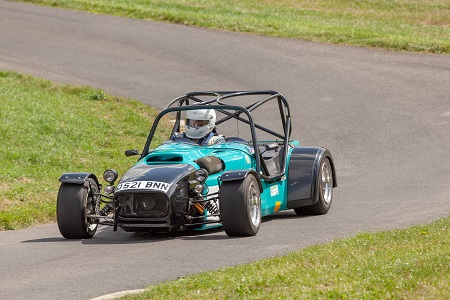 This was another class that was decided on August Sunday. Mike Broome, in his Alexis MK17, had been holding second place, behind Chris Cannell, in the Rough Cutter, all season. Unfortunately, Chris fell whilst pushing Roger Cock’s car to the start-line before the second timed run that put Chris was out for the day. 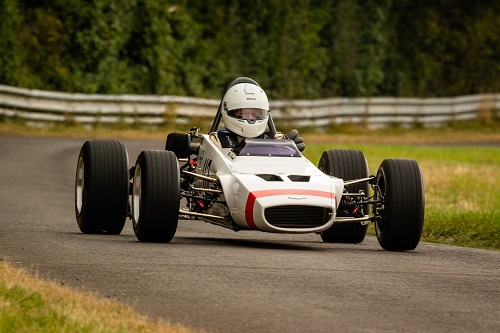 Tim Pitfield in his DJ Firecat has had, what can only be described as, another fantastic season. Tim and the DJ Firecat have won all but one of the events in 2021. Craig Russell snatched a win at the August Saturday. Ultimately, Tim’s performance won him not only the class championship but the overall championship. 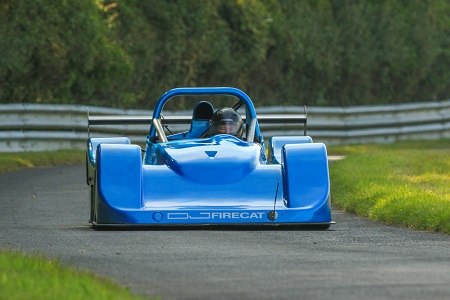 Murray Wakeham in his OMS CF96 had a great season. The early season cost Murray deer, it’s one of those what would have been moments. Steve Loadsman had some solid performances but never could actually get the lead away from Murray. 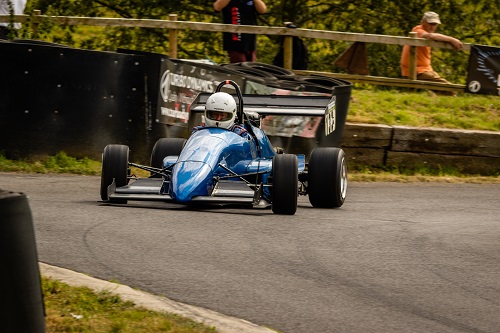 We remembered long-standing competitor, Richard Gaylard in our August meeting, naming the class in memoriam. Richard had competed at Gurston Down for almost 25 years.

Peter Hammock and his Empire Wraith had a terrible start to the season, with a fuel pressure regulator failure. This put him back in both the championship and challenge. But Andrew Mathis had his share of bad luck in July which put them both in with a chance of the class win. Peter won all the timed runs in August, securing his class win. 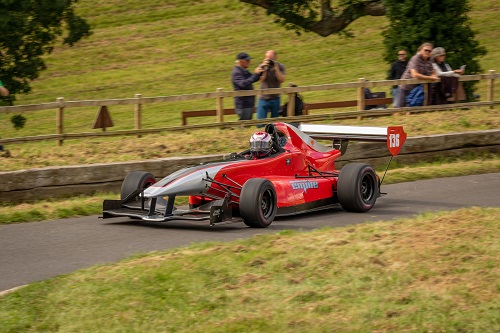 Tony Wiltshire in his Ralt Peugeot, took the class championship and the challenge, a great season for him. Roger Cock in the Pilbeam MP54 only managed to compete at the August meetings. 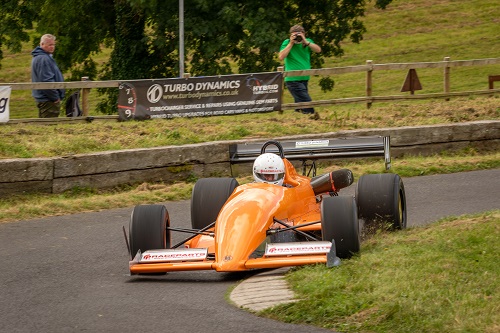 We would like to thank all of our competitors and sponsors for their support in 2021!

We would also like to thank everyone who made our events and championship possible!

SEE YOU NEXT YEAR 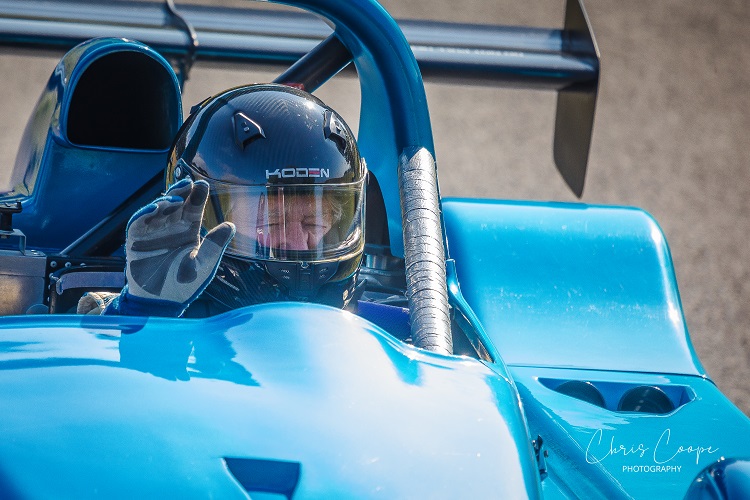 In many of the previous years, the Championship had already been won by the July meetings but 2021 was different. The double points at the Sunday, August meetings changed class and overall championship positions significantly.

After the August Championship rounds, there was a three-way tie and the winner was decided by the tie-break rules. The winner being Tim Pitfield. 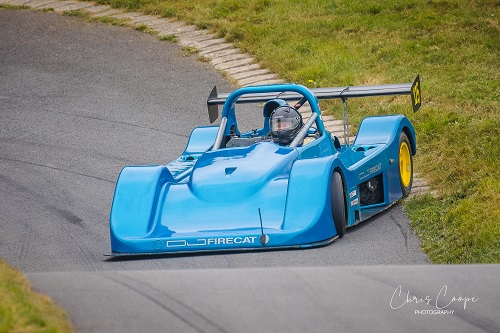 The Result of the Turbo Dynamics Gurston Down Championship 2021 are:

Congratulations to all our winners. We look forward to seeing you at our Annual Awards Dinner on 27th November 2021. For more details of the Awards Dinner, please check our News Section on the website, click HERE NOW.

We would like to thank all of our sponsors, Turbo Dynamics for their continued support in 2021.

We look forward to welcoming you all back in 2022. 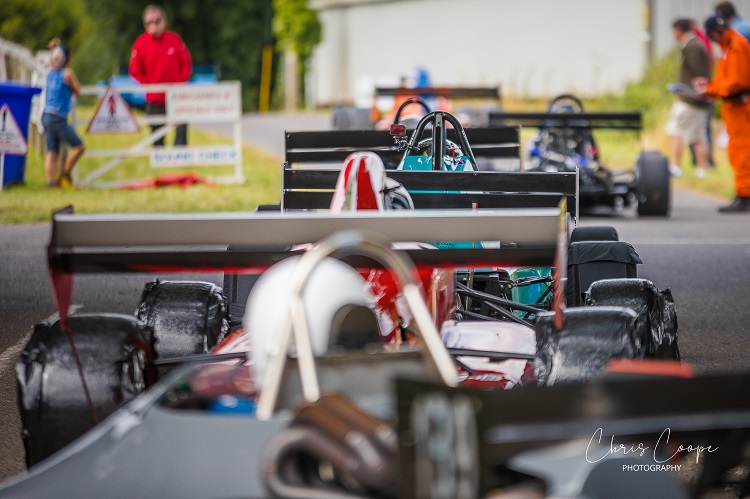 The Turbo Dynamics BARC SW Top Ten Challenge title had already been one before the August meetings but many of the places were up for grabs.

Some outstanding performances by Tony during the season lead him to score a maximum of 50 points.

The challenge had a massive number of qualifiers in 2021. It wasn’t just a racing car-dominated challenge, there was Neil Turner and his Mini twice. Steve Holland’s performance in August even shocked Tony, Steve took second on Sunday and third on Saturday.

It was great to see such a wide variety of cars in the challenge and we think everyone liked the run-offs.

The Result of the Turbo Dynamics BARC SW Top Ten Challenge 2021 was: 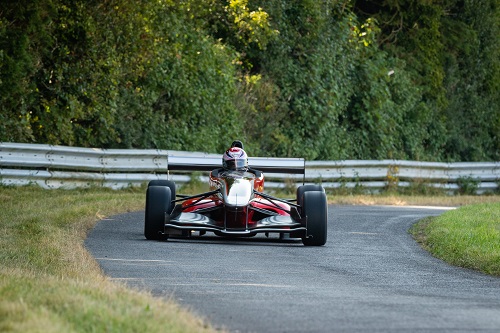 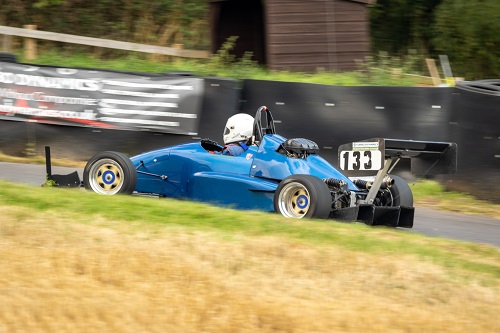 We would like to thank all of our sponsors, Turbo Dynamics for their continued support in 2021. 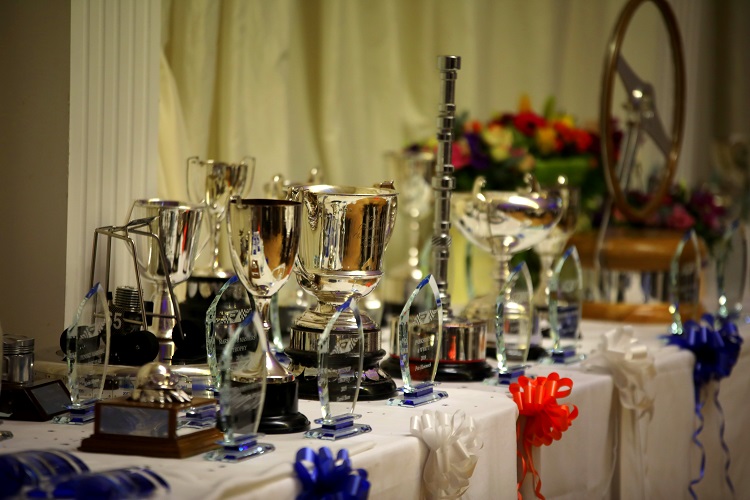 The 2021 Annual Awards Dinner will be on 27th November 2021 at The Stones Hotel, Highpost, Near Salisbury.

Get your application for your place NOW.

Here are the forms, you can download and complete them. Once you’ve done that, either send them to Becky at the address on the form OR email them to her with your menu choices for each guest. You can pay for the event either by cheque with the form to Beck OR by bank transfer, please make sure you let Becky know when you’ve done so.

Becky’s contact details can be found on the form.

You can also book a room at the hotel at a reduced rate. Call The Stones Hotel and make sure you mention BARC SW Annual Award Dinner (or Gurston Down)