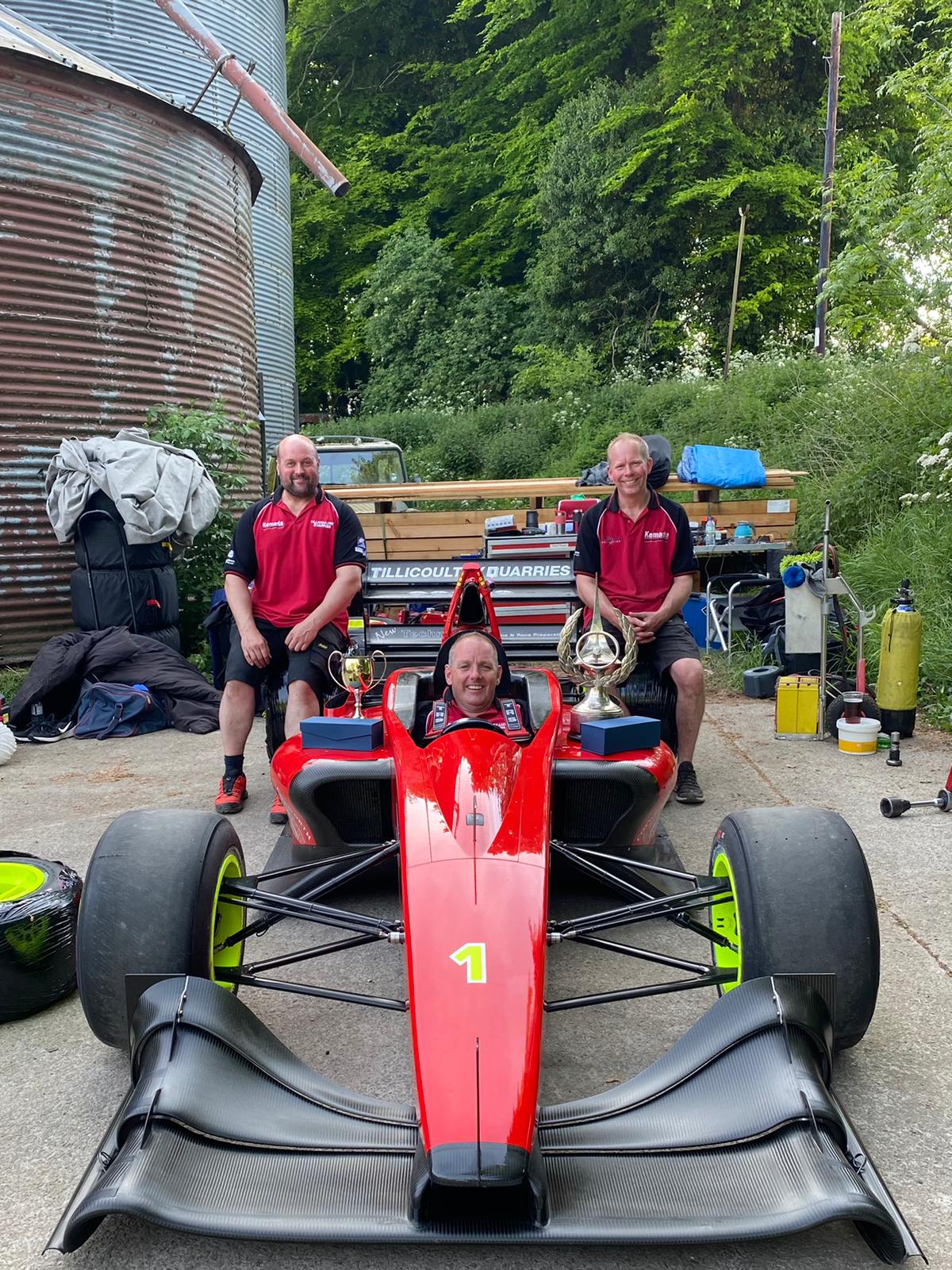 His run on Sunday took 0.03s off the existing record and scored him an extra point in the British Hill Climb Championship presented by Avon Tyres. The time of 25.34s gives an average speed of over 86 miles per hour, and remember that’s from a standing start!

Wallace and his team, had a fantastic weekend, a hill record, three run-off victories, and two fastest times of the day.

Congratulations to Wallace on his stunning performance.