Sunday 21st April brought the motorbikes and combinations from the Autocycle Union’s (ACU) National Hill Climb Championship to Gurston Down Speed Hill Climb. The weather was almost perfect and we had a spectacular show of riding skill. 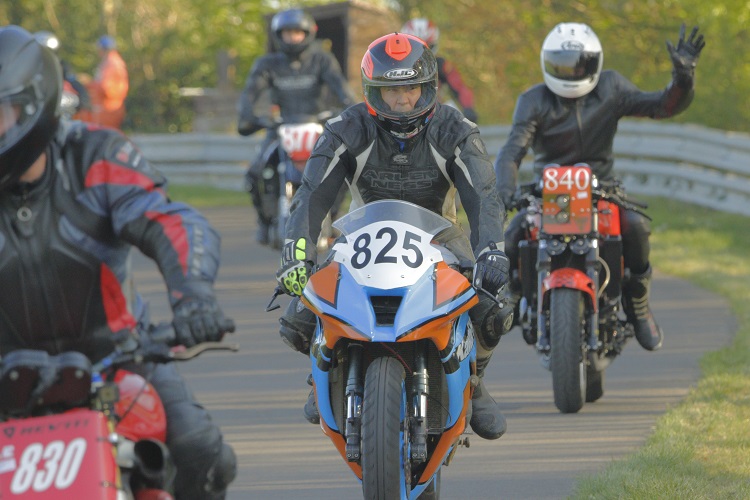 The fastest time of the day for the motorbikes was Tom Short on his KTM SMR 613cc with a 32.58s timed run. 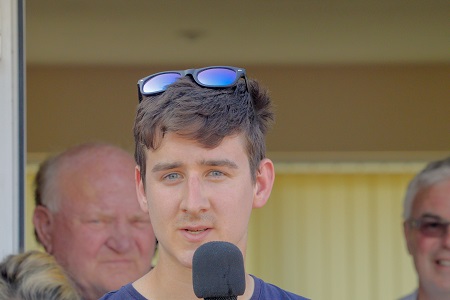 The riders and their machines never fail to produce some great racing. Practice did not quite go to plan for Paul Jeffery on his KTM. He had a little off over Dear’s Leap but was back on his bike ready for the next run. 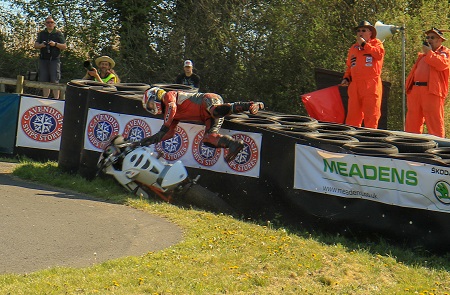 The bikes are fast! The fastest car at the event on Sunday produced a 30.24s run. The fastest bike was Tom Short on his KTM SMR 613cc at 32.58s, that’s eighth fastest overall!

Motorbikes are run in classes, just like cars, based on engine capacity. We had a good range of bikes with 32 bikes and three combinations.

There was also a Top Ten Run Off for the bikes, but more on that later in the report.

The Solo Motor Cycles 351cc to 500cc Class, went first. Glyn Poole on his Honda 500cc stamped his authority on the class from the first run. His time of 33.44s was almost 1.5s ahead of his nearest rival Simon Hocking, KTM SMR, Mike Tilley, Honda CR and Callum Short, KTM. Glyn’s second timed run was only 0.03s slow so everyone else had some real work to do. Mike Tilley managed a 34.94s, pipping Simon Hocking’s 34.95s with Callum just a second behind. 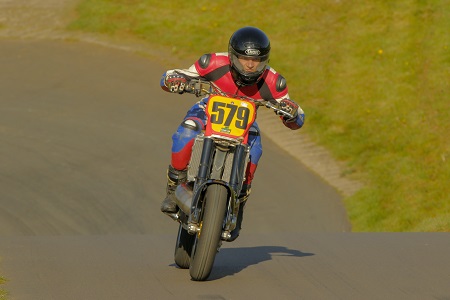 The Solo Motor Cycles 501cc to 750cc Class had another big entry. After the first timed runs, Tom Short, last year’s National Champion, on his KTM ahead of Tommy Hodges on his Team GV CR by just over 0.5s. These two were just over a second ahead of Daniel Hurley (Husaberg) and Guy Ursell (KTM SMR).

The second timed runs saw both Tom and Tommy improve on their times, Tom 32.87s and Tommy 33.51s. Daniel Hurley and Guy Ursell were third or fourth on 34.46s and 34.62s respectively. 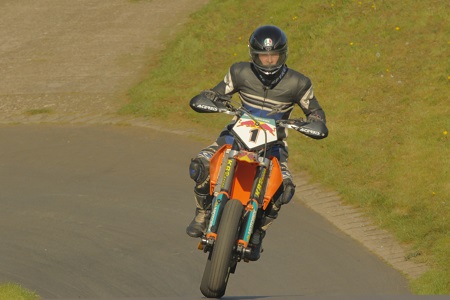 The Solo Motor Cycles 751cc to 1300cc Class had the biggest entry of all the motorbike classes. Paul Jeffery’s little off in practice didn’t seem to phase him at all. He came out on his KTM RC8R on the first timed run and finished with a 33.75s. Stu Mills on his Aprilia Tuono managed a 34.24s. The rest of the riders weren’t able to match their pace. There were improvements from most of the riders in this class but the top two didn’t change. Paul Jeffery went faster still as did Stu Mills. Paul’s time was 33.24s and Stu’s 33.94s. 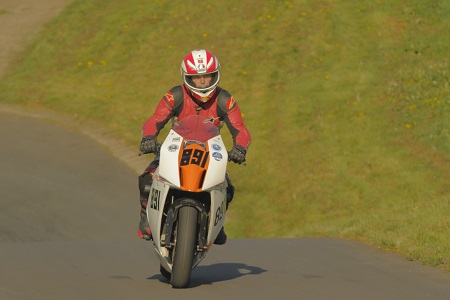 And then it was the turn of the motorbike and side car combinations! The top two were close. Rodney Thorne and Kevin Young, on the Honda Derbyshire, were ahead by just 0.25s of Kevin and Sarah Dewell on their Honda SKR. Kevin and Sarah put together a great second timed run, improved their time by more than a second. They finished on 38.65s and Rodney and Kevin on 39.53s. Kevin Young also competed for the first time as the rider, rather than the pillion. His pillion was Sarah Howard, Gurston Down Speed Hill Climbs Chairman, again in her first competitive climb at her home hill. They ended the day some 18s quicker than their first run. 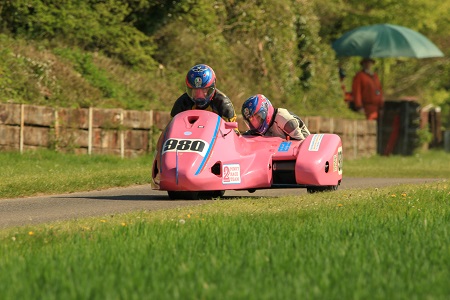 Ten bikes then qualified for their Top Ten Run-Off.

This was won with another outstanding performance by Tom Short on his KTM SMR going faster than his class run – 32.58s and he won fastest bike of the day with this performance.

We are looking forward to see the bikes again in June!