A rather cold morning greeted the competitors, crews, marshalls and spectators to the opening event at Gurston Down. The weather was more conducive to staying inside in the warm!

The weather Friday was torrential downpour after downpour. Cars, campers and tow vehicles got stuck just a few feet into the camping / trailer field. Ben Stapley, Gurston Down’s Chairman, spent most of the afternoon and evening towing people into and out of the field. Thankfully, the rain subsided..

Saturday morning came, it was bitterly cold. At 07:30 when more cars starting arriving, there was a proper chill in the air and one on the hill. It was going to be a tough day!

Practice was soon under-way. By the start of timed runs the track temperature hadn’t really risen much but it did eventually dry and gave some interesting results….

First up was the ‘SBD Road Legal Cars’ Class, Chris Berrisford, in his Subaru Impreza, was the quickest, with a new class record, shaving almost two seconds off the previous record with a 36.04s run. Leaving the rest to fight for second, James Hunt took that despite not taking his second run. 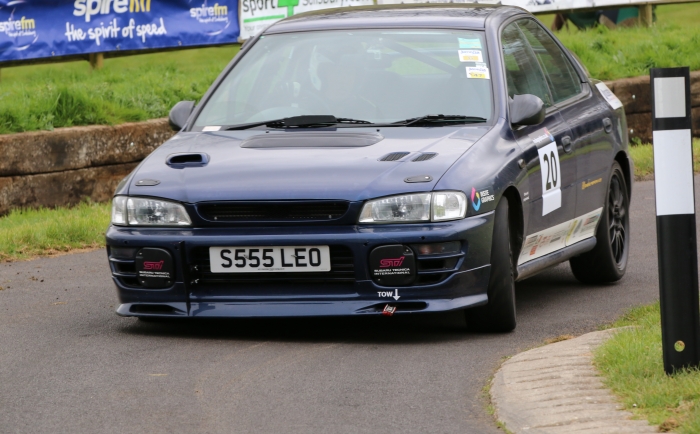 The Austin 7’s were next. The “Road” Class saw Alistair Frayling-Cork’s 7 Special take the honours, ahead of Bernard Cowley. The ‘Race’ division was close. Paul Geering and Martin Whittaker were within 0.2s on their first timed runs. Paul put a fantastic run together and ended up almost half a second ahead with a 47.46s despite Martin improving his time.

Gurston rumbled to the sound of the TVR Cars Class. Jes Firth and his 5.0 Griffith produced the best time at 36.98s with the next three places being covered by just under one second. 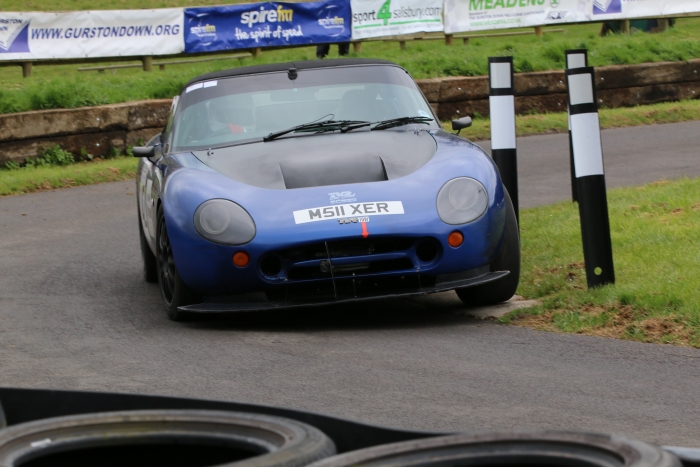 The Westfield Cars Class looked like it was between two after the first run, Keith Adams and Martin Harvey were within 0.2s of each other. But Martin couldn’t match Keith’s 36.85s second run so he grabbed the win. 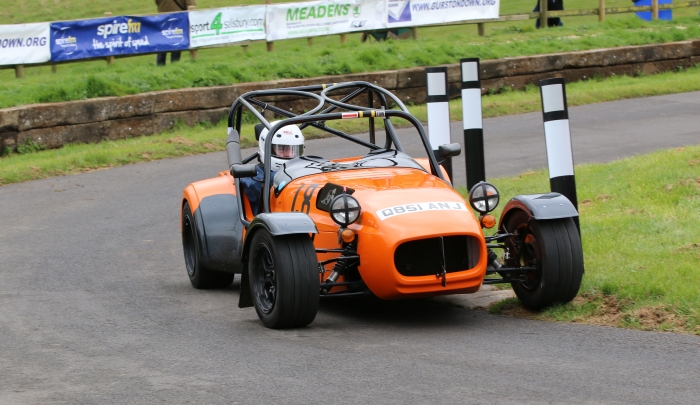 The SBD HSA Speed Championship – Sports and Saloons brought out an amazing performance by Justin Andrews in his Subaru Impreza ending up with a 35.31s run. The HSA Championship may be a single class at Gurston Down but the results are divided up into their correct classes when calculating their overall HSA Championship scores. David Newman (Mazda MX-5) was pleased with his result fending off two other MX-5. The Sport Racing and Racing Class was won by Peter Goulding in his Mygale FF. 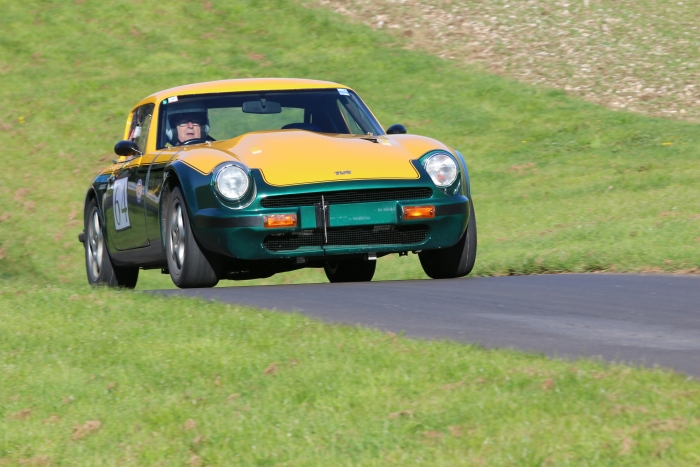 The new Mazda MX-5 Class took to the hill next. Mark Crookall in his beautiful MK1 RS had to work hard after an eventful first run. His off at Karousel left one of the longest set of 11s we’ve seen there for sometime! The pressure was on. He managed a 44.10s just beating Stephen Devereux’s first run time of 44.17s. 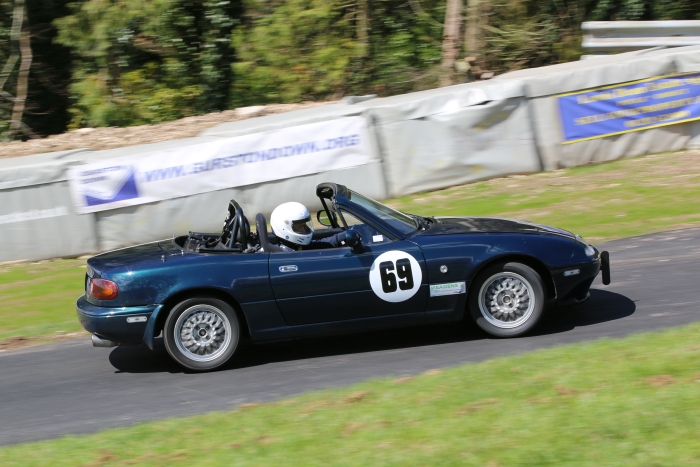 Tim Forster (Lotus Elan) and Steve Harris (Vauxhall Corsa) made the Greenen brothers, Andy and Adam in their Honda Civic, work to earn the win in the Road Going Series Production Class up to 2000cc. Andy knew what he needed to do after Adam, who ran in an earlier batch, posted a 38.87s. Andy made the win his by posting a 38.72s time. 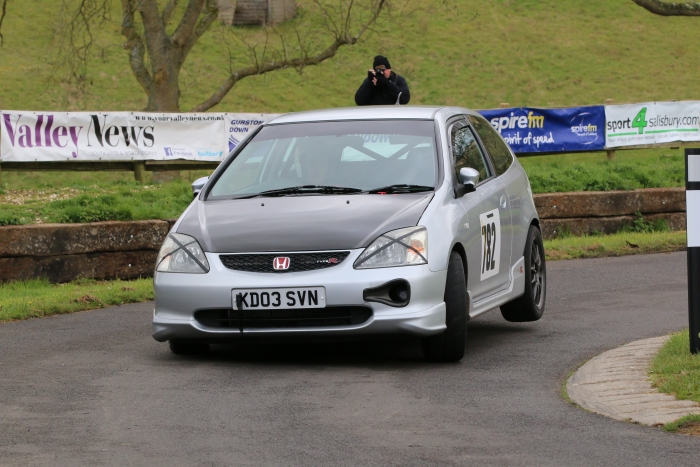 The over 2 litre Road Going Series Production Class, was won by Andrew Thorp in his Porsche Cayman (41.92s). Sarah Fudge (Subaru Impreza – 41.96s) just missed out on first place but was over the moon when she came second just 0.04s behind. And it’s her first award in ten years of competing at Gurston Down! 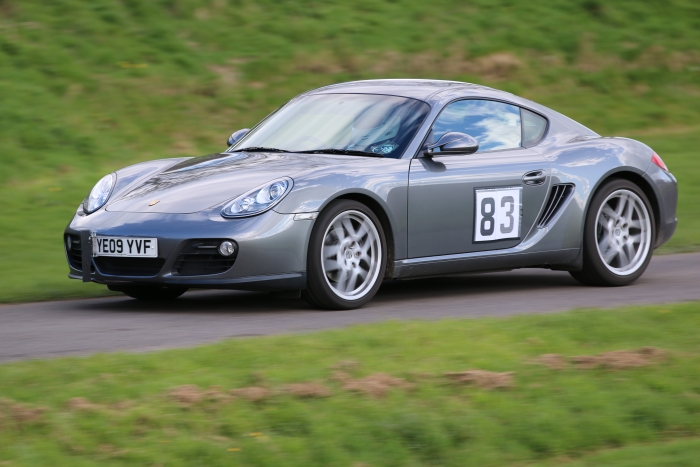 The Road Going Specialist Production Class always brings fast cars to the hill. Andrew Forsyth in his 1.3 Westfield Megabusa, managed the best time in the class with a 36.06s. 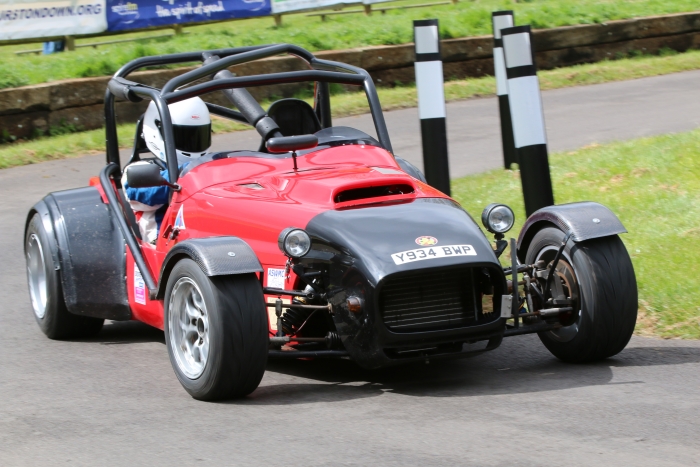 Graham Beale’s Ginetta G20 won the Modified Limited Production Marque Sports Cars up to 2000cc Class with a 40.50s run. Although Dee Stapley in her MGF was ahead after 64ft and said “it went down hill from then on!” 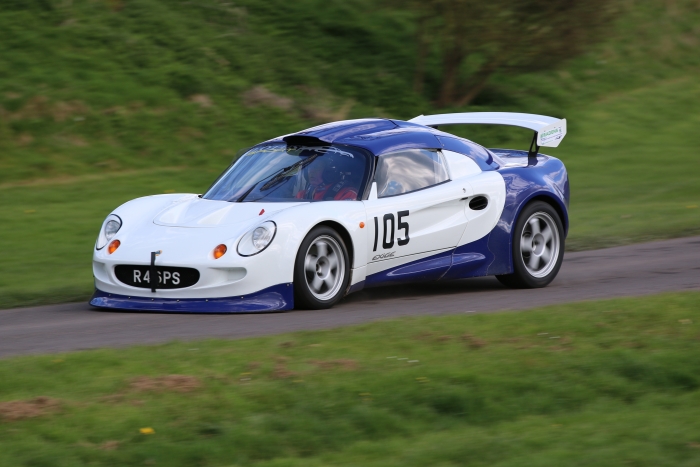 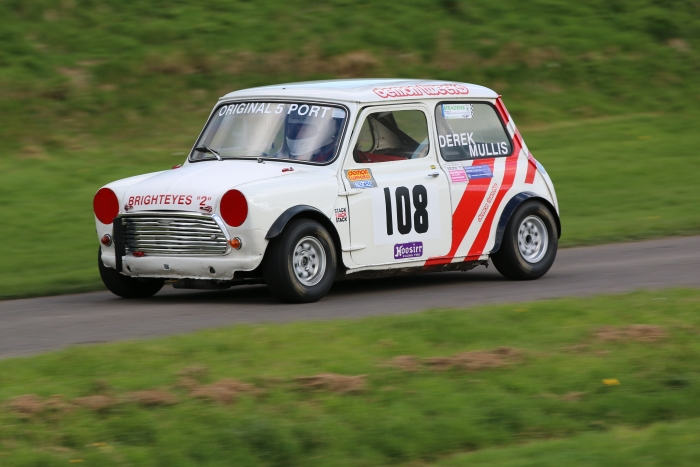 Stephen Moore, the 2015 Meadens Skoda Gurston Down Champion, switched classes and won the over 2000cc Modified Series Production Class with an impressive 33.88s. The 2.0 turbocharged Mitsubishi Evo 6 is such a quick car in Stephen hands. The Aston Martin Vantage GT4 of Tim Painter and Andrew Fraser wowed the spectators with a sound-track to die for! Tim was pushed into second by Mike Butler’s BMW M3. 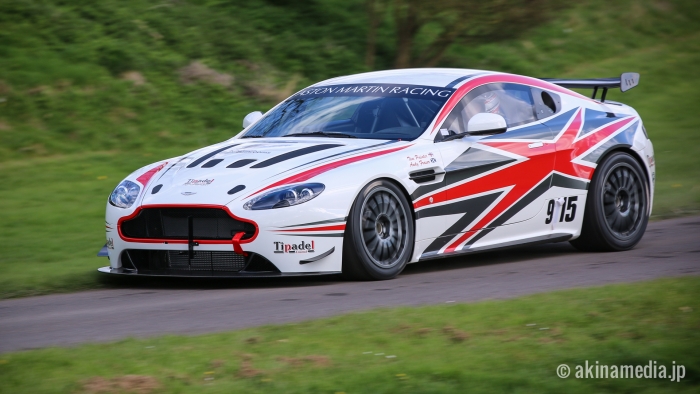 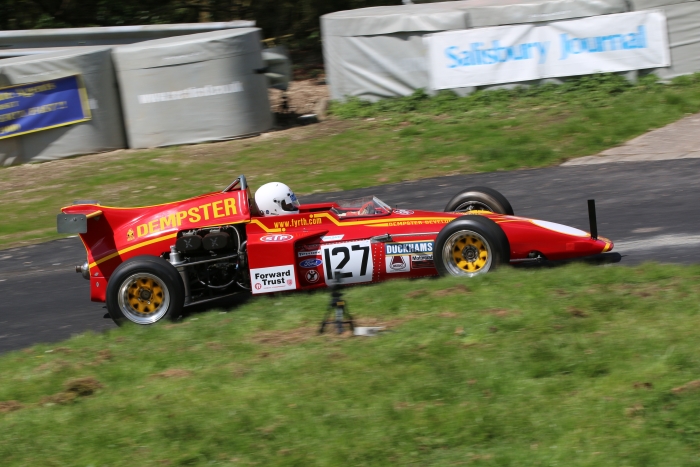 The Sports Libre Class upto 2000cc was won by Jonathan Gates in the supercharged Force LM he shares with Peter Sexton, the Gurston Down Hill Climb Championship sponsor, who ended up second by just under half a second. 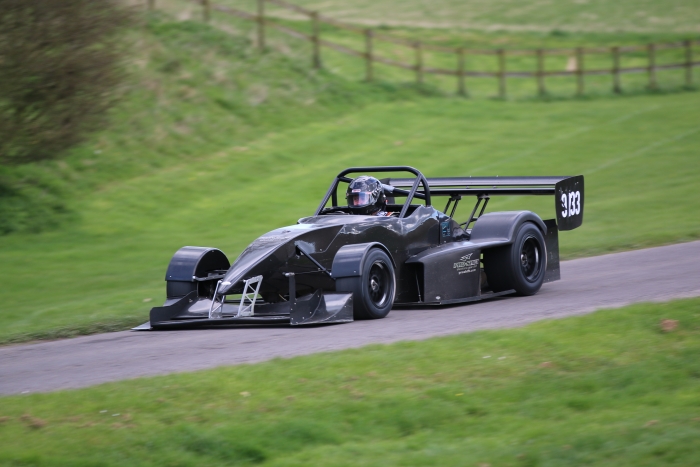 The over 2000cc Class saw Chris Cannell in the matt black and orange twin engined Force SR8, win. Keith Diggle’s (WEV HCS) day ended on the first timed run after what he described as “first proper damage to the car in more than ten years”. 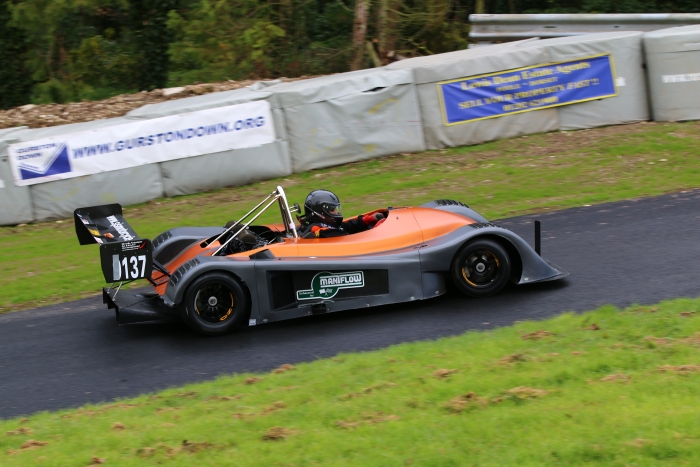 David Cuff took the Up to 600cc Racing Car Class in his Jedi Mk4. 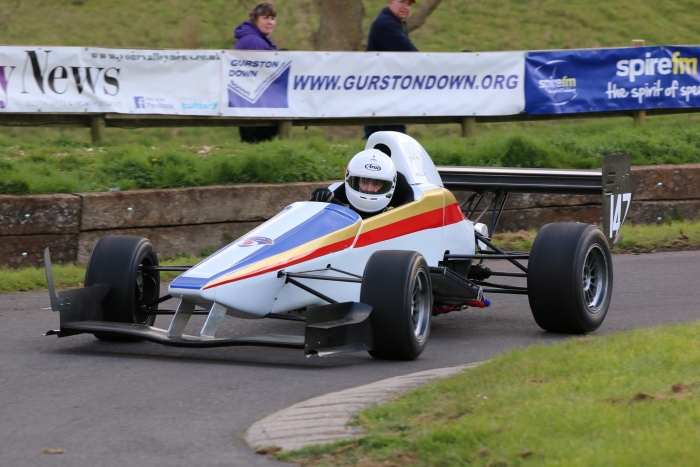 The 1601cc to 2000cc Racing Car Forced Induction Class was a head to head battle between Peter and Simon Marsh in their DJ Firehawk. It was close, but Simon eventually took the win with a 30.97s run. 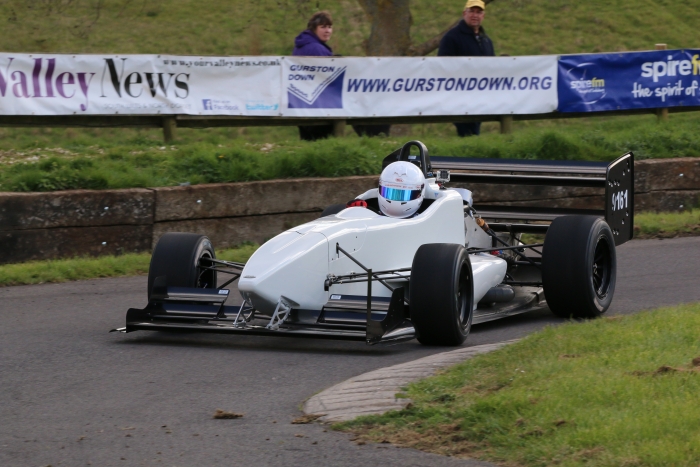 Dave Wickham made the winners announcements and Sarah Howard presented the awards as Ben Stapley was busy helping campers and trailers both in and out of the field.